Campfire Gallery is pleased to present CITY PASTORAL, a group exhibition of work by Ian Ferguson (aka HYDEON), Heidi McDowell and Nate Otto. Based in three unique and distinctive cities (Brooklyn, San Francisco and Chicago), their work is influenced by their physical environments, both urban and rural. Capturing the density and fast paced energy of the city but also moments of intimacy, stillness and open space, their landscapes explore ideas of spatial relationships, architecture, geometry, and connections. 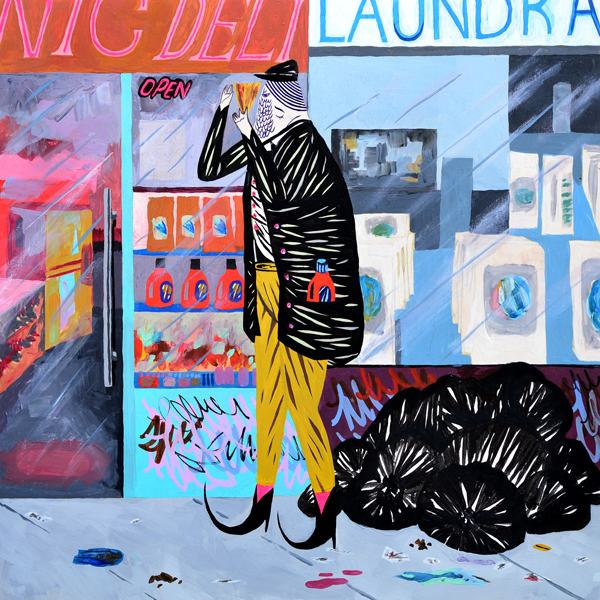 Ian Ferguson (aka HYDEON) is a contemporary graphic artist, designer and print maker living and working in Brooklyn, New York. Born in National City, CA, he grew up in San Diego and received his BS in graphic design from the Art Institute of California – San Diego in 2006. He lived and worked in Seattle and Chicago before moving to New York City in 2014.

His work explores a sandbox of cerebral curiosities through a lens of emotional afterthoughts from his life experience. He often deploys narrative depictions from his environment as well as lucid dreams, metaphysical wonders, architecture, and mountains. Ferguson primarily works in gouache, acrylic, graphite and India ink. His creative approach stems from conduits of Americana folk art, post-street art, fine art, and elements of graphic design. 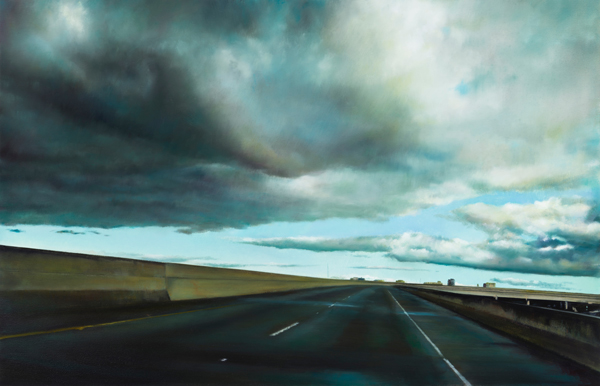 Rooted in the tradition of landscape painting, my work explores our contemporary relationship to the natural world as it is shaped by digital media and car culture. Technology gives us the ability to swiftly collect seemingly endless amounts of data with little incentive to edit. What we trade for this ease is any sense of deep understanding or memory.

Using the visual language of digital source material (lens flare, odd colors, fringing, dust on the sensor) as a familiar reference point, I paint scenes plucked from the vast stream of quickly captured images. By combining highly specific photorealistic imagery with the relatively imprecise and unpredictable qualities of oil paint applied to a hand built canvas, I intend to return a sense of weight and permanence to the moments we’ve overlooked and lost. If we can become more grounded in the present, we have the ability to make a stronger connection to our changing environment.

Heidi McDowell was born and raised in south Texas and lives in San Francisco. Her paintings focus on the landscapes through which she travels and are informed equally by her background in architecture and her love of whims of digital photography, nature, and oil paint. 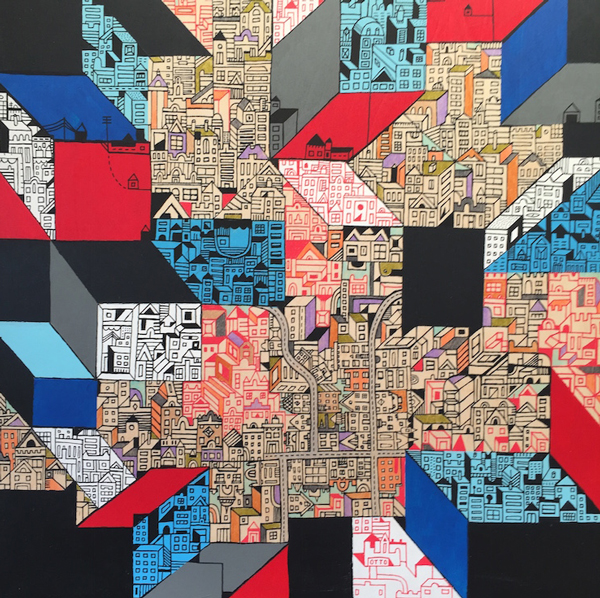 Nate Otto is a Chicago-based visual artist best known for his highly detailed cityscapes. Drawing and painting have been a central part of his life since he was a child and his background as an abstract painter and cartoonist informs much of his work. The feel of big cities; the density of buildings, the nature of city blocks and neighborhoods and their inhabitants inspire his cityscape pieces.

He has exhibited in multiple solo shows in Chicago and participated in group shows nationally, including New York and Los Angeles, as well as internationally.  His work was featured on hundreds of banners in 2013 as part of the Chicago Loop Alliance public art program, and he has done illustration and murals for many organizations in Chicago. Originally from Michigan, he now lives and works full time as an artist in Chicago with his wife, Megan, and his dog, Rizby. This is his first show in San Francisco.