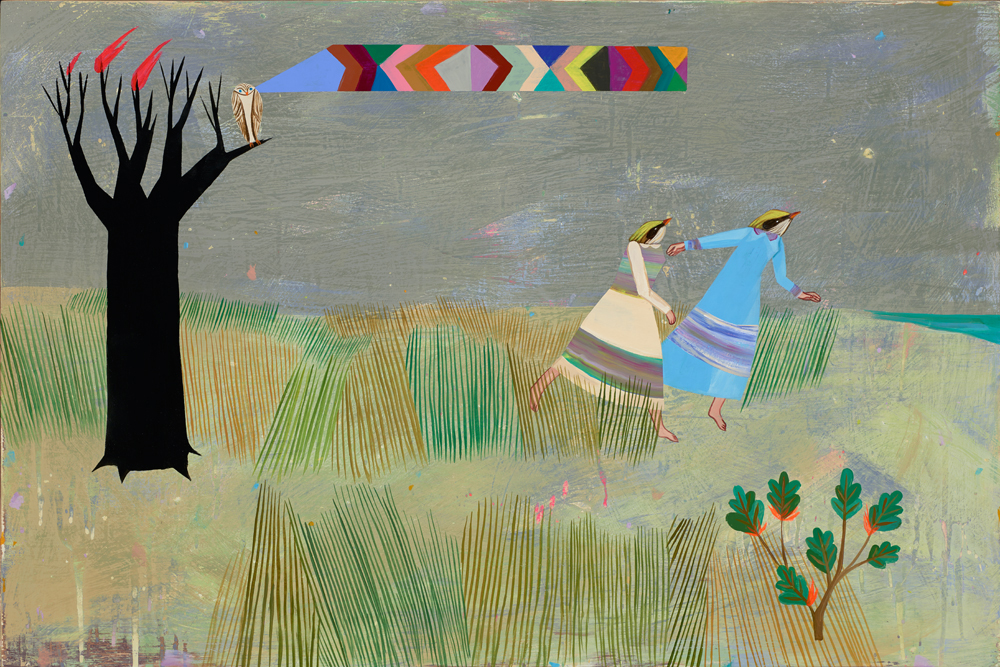 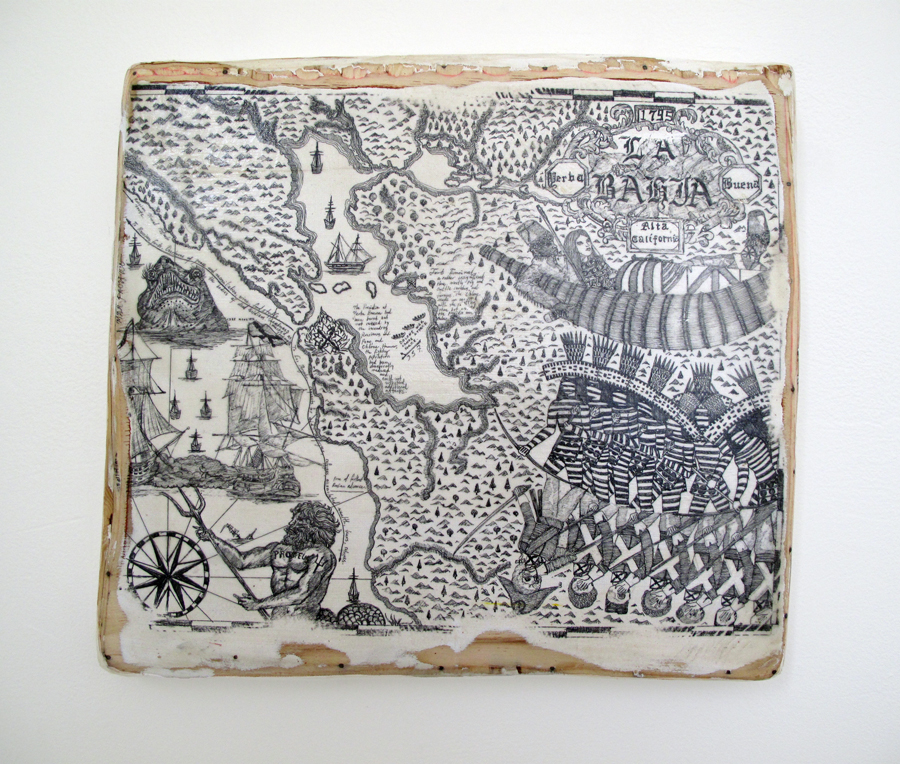 In 2005, I set out to create approximately 300 + years of alternate history spanning from 1642-1890. My narrative is based upon the supposition that after the English Civil War ended in 1642, France and England were merged into a global super empire known as Frengland. In addition to focusing on the day-to-day operations of empire, I also focus heavily on the issues of race, gender, class, and power within it. And as a global narrative, I work in a wide range of styles, mediums, and formats, as I research and explore the cultures of the world.  My work is not only informed by the past but also reaches forward and draws inspiration from the present, notably urban, pop culture, hip hop, and gang culture. Currently, I’m creating a narrative dealing with my reinterpretation of Latin America’s colonial past from Los Angeles to Lima, and beyond. The works in this show include a series of mini portraits and are an extension of a previous chapter of my re-imagined history dealing with the San Francisco bay area and the conflicts that arose from the settlers, and missionary’s interactions with the indigenous population in a series I’ve titled ‘The War of the Crosses.’

Frohawk Two Feathers was born in 1976 in Chicago, Illinois, and currently lives and works in Los Angeles, California. He received his BA from Southern Illinois University At Carbondale, Carbondale, IL in 2000 and has exhibited in numerous solo and group shows both nationally and internationally. His work has been reviewed in major publications including Art In America, The New York Times and The Los Angeles Times.