PABLO CRISTI / FROM THE MARGIN 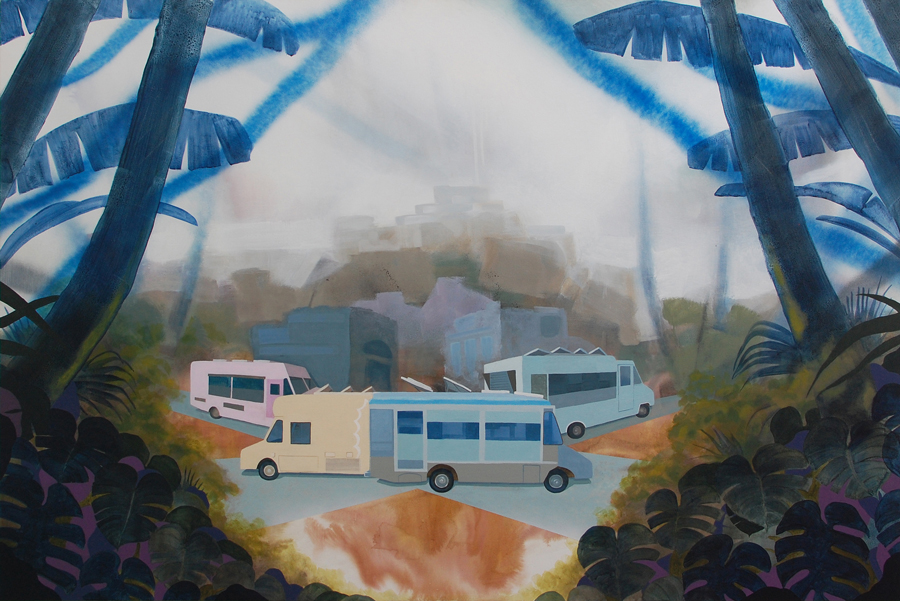 FROM THE MARGIN / PABLO CRISTI

Campfire Gallery is pleased to present “From The Margin” a solo exhibition of new work by Pablo Cristi. Exploring the role of dominant cultures and how power, politics and economics impact the voice of historically marginalized communities is a continuing interest for Cristi. A son of immigrant parents from Chile, growing up in predominantly Mexican-American East Los Angeles and eventually pursuing a formal arts education in the Northwest and Bay Area, has given him a unique perspective on questions of cultural identity, especially for those outside dominant cultures. Connecting the dots from his own experience to a broader societal context sparked further investigations into the history and impact of hegemony that inform much of his work today.

Exponential societal change lead by economic booms often bury marginalized communities in its’ tidal wave of perceived progress. There is always more to the true cost of these inevitable changes. The desire to be a post-racial America has allowed for less critical inquiry about the detrimental effects of continued discrimination, gentrification, and perpetuation of an institutionalized racial hierarchy. The current work continues to challenge hegemony and systems of dominance.  Specifically, I am investigating the politics of cultural erasure, and culture as commodity. Through fictional narratives, this series of paintings and sculptures probe the intersection of notions on Discovery, American history, and Pop culture.

Pablo Cristi is an artist born and raised in Los Angeles. Born to Chilean parents escaping the Pinochet regime, Cristi’s work is motivated by an active political awareness and is steeped in a critical inquiry of power, representation and history. His investigations of the colonial past, present, and future often take the form of paintings and sculptural objects that deconstruct and commingle urban visual vernaculars. By articulating strategies of cultural erasure, survival, and transformation, Cristi’s work produces counter-hegemonic narratives that allow a critical reanalysis of the status quo. Cristi is also an arts educator and co-chairs a high school visual art program in Oakland. Cristi is a graduate of the Masters of Fine Arts (MFA) program at California College of the Arts, San Francisco, and was awarded the Barclay Simpson Award in 2009. He has recently exhibited in Tokyo, New York, Los Angeles, San Francisco, and Oakland.