Campfire Gallery is pleased to present RAPID DENSITY, a two-artist show featuring new work by Cannon Dill and Ian Hydeon Ferguson. Dill and Ferguson explore the hyper-dense roots of their graphic styles deploying integral narratives of compacted afterthoughts and the process of their inner growing subconscious. The show includes a series of mixed-media on paper and canvas and acrylic paintings on wood and canvas. Dill and Ferguson will also collaborate on a wall mural in the gallery as part of the exhibition. This is their first show together in San Francisco. 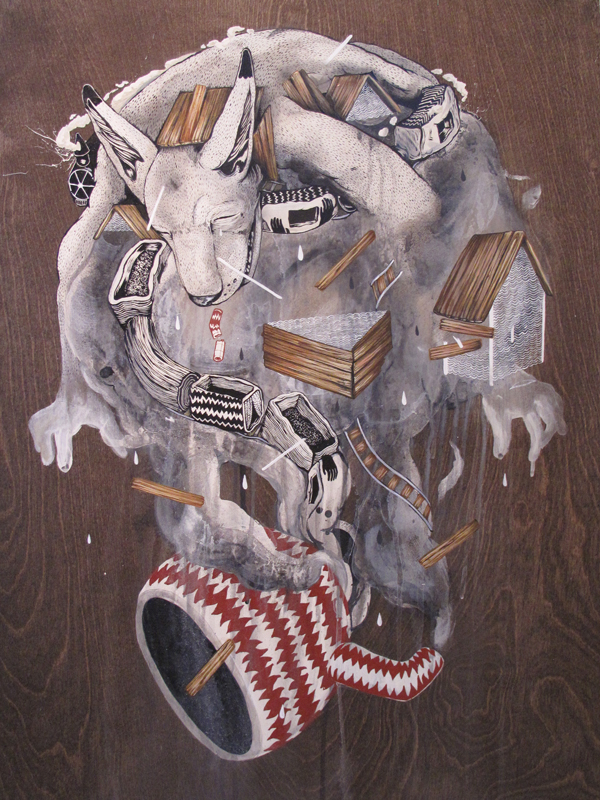 Born in Orlando, Florida in 1991, Cannon Dill currently resides in Oakland, California. With a background in printmaking and illustration, which later developed into large-scale public works that range from San Francisco to New York. Dill continues to explore different mediums while deconstructing emotional connections through anthropomorphic creatures and patterns. 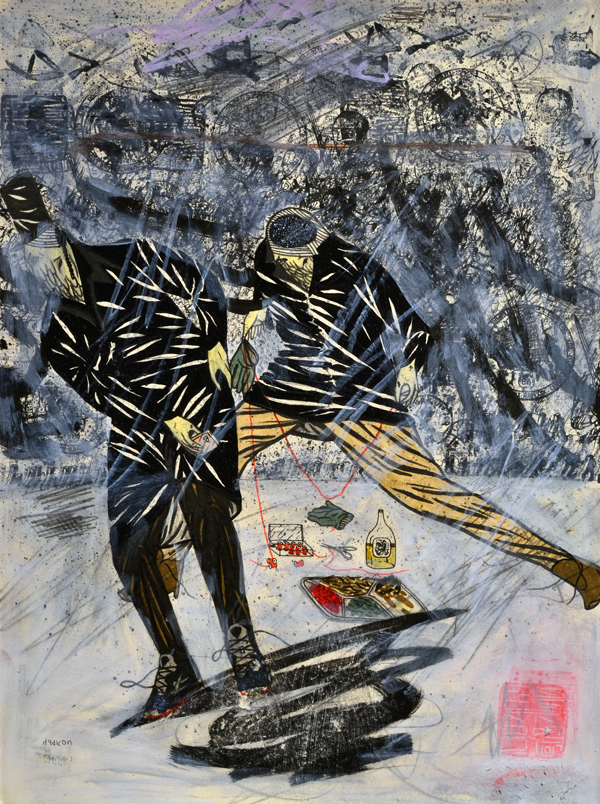 Ian “Hydeon” Ferguson is a contemporary graphic artist, designer and silk screen printer living and working New York City. He was born in National City, CA in 1985 and grew up in San Diego. He received his BS in graphic design from the Art Institute of California – San Diego in 2006. He lived and worked in Seattle and Chicago before moving to New York City in 2014. His work is imaginative and explores a variety of surreal manifestations from his life experience in relation to his environment. He often deploys narrative depictions from lucid dreams, metaphysical curiosities, architecture, nature and cities. Ferguson primarily works in Indian ink as well as gouache, acrylic, and mixed-media. His creative approach stems from conduits of Americana folk art, street art, fine art, and elements of graphic design.